Effects of vaping, compared to tobacco smoking. Electronic cigarettes have been proposed as a healthier alternative for people who otherwise cannot or choose not to quit smoking, even if complete abstinence is the healthiest option.

In June 2014, the Royal College of Physicians stated that, “On the basis of available evidence, the RCP believes that e-cigarettes could lead to significant falls in the prevalence of smoking in the UK, prevent many deaths and episodes of serious illness, and help to reduce the social inequalities in health that tobacco smoking currently exacerbates.

Vapor does not contain tobacco and does not involve combustion, therefore users may avoid several harmful constituents usually found in tobacco smoke, such as ash, tar, and carbon monoxide. A 2014 review found that e-cigarette aerosol contains far fewer carcinogens than tobacco smoke, and concluded that e-cigarettes “impart a lower potential disease burden” than traditional cigarettes.

The public health community is divided over how the use of these devices will impact the tobacco epidemic. Some tobacco control advocates predict that e-cigarettes will increase rates of cigarette uptake, especially among youth. Others envision that these devices have potential for aiding cessation efforts, or reducing harm among people who continue to smoke. Scientific studies advocate caution before designating e-cigarettes as beneficial but vapers continue to believe they are beneficial.

Public health authorities are concerned that electronic cigarettes may increase overall nicotine exposure for young people and increase use of burned tobacco products among young and older people by acting as a gateway drug for non-smokers and sustaining or restarting nicotine addiction among smokers and former smokers, respectively.

As of 2013, no long-term studies have evaluated future tobacco use as a result of e-cigarette use. E-cigarette vapor potentially contains harmful substances not found in tobacco smoke.

Opinions that e-cigarettes are a safe substitute to traditional cigarettes may compromise tobacco control efforts. The American Cancer Society stated, “The makers of e-cigarettes say that the ingredients are “safe,” but this only means the ingredients have been found to be safe to eat. Inhaling a substance is not the same as swallowing it.

There are questions about how safe it is to inhale some substances in the e-cigarette vapor into the lungs. The Canadian Cancer Society has stated that, “A few studies have shown that there may be low levels of harmful substances in some e-cigarettes, even if they don’t have nicotine.”

In the UK a National Institute for Health and Care Excellence (NICE) guideline did not recommend e-cigarettes as there are questions regarding the safety, efficacy, and quality of these products. Because the devices are relatively new, long-term data showing whether vaping is a “healthier alternative” to cigarette smoking does not exist.

What are Heated Tobacco Products

What are Heated Tobacco Products

5 of the Best Magic Mushroom Strains for Beginners

5 of the Best Magic Mushroom Strains for Beginners

You Should Own A Water Bong If You Smoke Regularly

You Should Own A Water Bong If You Smoke Regularly

Potluck Gummies: One of the Best Cannabis Edibles This Pandemic Era

Potluck Gummies: One of the Best Cannabis Edibles This Pandemic Era 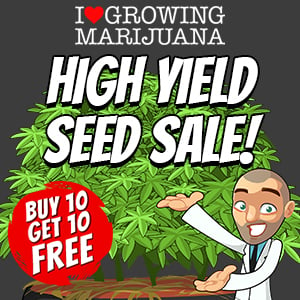